Sunday Salon Chicago is a curated literary series on the north side of Chicago in Roscoe Village. The Riverview Tavern is at Damen and Roscoe, between Belmont and Addison and just east of Western Ave. There is no cover charge for this excellent reading. The Riverview Tavern is accessible by the Brown Line, the Addison Bus, and the Damen Bus. There is also street parking. The reading is in the Roscoe & Damen Room.

Join us at Sunday Salon Chicago
a literary series

Howard Axelrod’s memoir, The Point of Vanishing, was named one of the best books of 2015 by Slate, the Chicago Tribune, and Entropy Magazine, and one of the best memoirs of 2015 by Library Journal. His work has appeared in The New York Times Magazine, Salon, VQR, Shambhala Sun, Harvard Magazine, and The Boston Globe. Axelrod has taught literature and writing at Harvard University and University of Arizona, and he recently joined the faculty at Loyola University in Chicago. 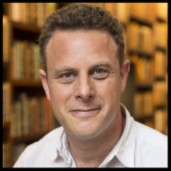 Josh Barkan is the author of Mexico: Stories. He was winner of the Lightship International Short Story Prize and has been a finalist for the Grace Paley Prize for Short Fiction, the Paterson Fiction Prize, and the Juniper Prize for Fiction. He is the recipient of a fellowship from the National Endowment of the Arts, and his writing has appeared in Esquire. He earned his MFA from the Iowa Writers’ Workshop and has taught writing at Harvard, Boston University, and New York University. With his wife, a painter from Mexico, he divides his time between Mexico City and Roanoke, Virginia.

Kelcey Parker Ervick is the author of The Bitter Life of Božena Němcová (Rose Metal Press), a hybrid work of biography, memoir, and visual art. Her previous books include Liliane’s Balcony: A Novella of Fallingwater (Rose Metal Press) and For Sale By Owner (Kore Press), winner of the 2011 Next Generation Indie Book Award in Short Fiction. A recipient of grants from the Indiana Arts Commission and the Sustainable Arts Foundation, she teaches at Indiana University South Bend.

Reginald Gibbons has published ten books of poems, most recently Last Lake (U. of Chicago). His book of short fiction, An Orchard in the Street, will be published in October 2017 by BOA Editions. His other prose includes the novel Sweetbitter (LSU Press) and the critical book How Poems Think (U. of Chicago). He edited a book about the great American poet Thomas McGrath (U. of Illinois Press) and also William Goyen’s posthumous novel Half a Look of Cain and the 50th anniversary edition of Goyen’s The House of Breath (Northwestern U. Press). He teaches at Northwestern.

Deborah Siegel, PhD is the author of two books and one pair of boy/girl twins, creator of the Girl w/Pen blog, and founder of the public voice consultancy, Girl Meets Voice Inc. She’s also co-founder of She Writes, Senior Facilitator with The OpEd Project, a TEDx speaker, a Visiting Scholar in Gender Studies at Northwestern. Deborah is currently obsessed with a multimedia experiment in thinking out loud, and in community, about gender and early childhood. Learn more about Deborah’s writing, speaking, and coaching at www.deborahsiegelphd.com.

This event is free and open to the public.

Free and open to the public.

Stay warm with prose and poetry at
Sunday Salon Chicago

Mary Hawley is a poet, novelist, and occasional translator. Her poetry collection Double Tongues was published by Tia Chucha Press. Her poems have appeared in many journals and anthologies including Notre Dame Review, qarrtsiluni, Mudlark, and The Bloomsbury Review, and she was the co-translator of the bilingual poetry anthology Astillas de luz/Shards of Light (Tia Chucha Press). She is currently seeking an agent for her first novel, The Sparkle Experiment. 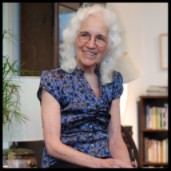 Maggie Kast’s first novel, A Free, Unsullied Land, was published by Fomite Press  in 2015. She is the author of The Crack between the Worlds: a dancer’s memoir of loss, faith and family, published by Wipf and Stock. She received an M.F.A. in writing from Vermont College of Fine Arts and has published fiction in The Sun, Nimrod, Carve, Paper Street, Rosebud and others. Two stories have received Pushcart nominations. A chapter of her memoir, published in ACM/Another Chicago Magazine, won a Literary Award from the Illinois Arts Council. Her essays have appeared in America, Image, Writer’s Chronicle, Fiction Writers Review and elsewhere.

Mike Puican has had poems in Poetry, Michigan Quarterly Review, Bloomsbury Review, and New England Review, among others. His essays and reviews have appeared in TriQuarterly, Kenyon Review, Brevity, and MAKE Magazine. He won the 2004 Tia Chucha Press Chapbook Contest for his chapbook, 30 Seconds. Mike was a member of the 1996 Chicago Slam Team and for the past ten years has been president of the board of the Guild Literary Complex in Chicago.

Christine Sneed is the author of the novels Paris, He Said and Little Known Facts, and the story collections Portraits of a Few of the People I’ve Made Cry and The Virginity of Famous Men, which was published in September 2016. Her stories or essays have been included in The Best American Short Stories, O. Henry Prize Stories, New Stories from the Midwest, New York Times, San Francisco Chronicle, Ploughshares, New England Review, and a number of other periodicals. Christine is the faculty director of Northwestern University’s MA/MFA program in creative writing; she is also on the fiction faculty of the Regis University low-residency MFA program. 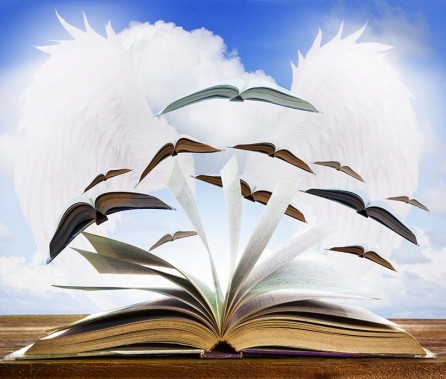 Halle Butler is a writer living in Chicago. Jillian is her first novel. “[Jillian] offers up its characters for hatred and ridicule with such energy, obsessive detail and hopelessness that the reader can’t help but read on, through exasperating flinches of sympathy and recognition. A novel that reads like rubbernecking or a junk-food binge, compelling a horrified fascination and bleak laughter in the face of outrageously painted everyday sadness.”—Kirkus Reviews

Dasha Kelly is a nationally-known writer, artist and social entrepreneur. As a spoken word artist, Dasha has performed throughout the U.S., in Canada and appeared on the final season of HBO presents Russell Simmons’ Def Poetry Jam. Dasha holds an MFA in Creative Writing from Antioch University. She is an alum of the iconic Squaw Valley Writers Community, the former writer-in-residence for the historic Pfister Hotel, and founder of Still Waters Collective, an arts education and community-building initiative. In 2014, Dasha was selected as a U.S. Embassy Arts Envoy to teach and perform in Botswana, Africa.

Dave Reidy’s fiction has been published by GRANTA and other journals. His first book, Captive Audience, a collection of short stories about performers, was named an “Indie Next Notable Book” by the American Booksellers Association. Reidy works at closerlook, inc., where he is the VP of Creative. He lives in Chicago.

Tony Fitzpatrick is a Chicago-based artist best known for his multimedia collages, printmaking, paintings, and drawings. Fitzpatrick’s works are inspired by Chicago street culture, cities he has traveled to, children’s books, tattoo designs, and folk art. Fitzpatrick has authored or illustrated eight books of art and poetry, and, for the last two years, has written a column for Newcity. Fitzpatrick’s art appears in the Museum of Modern Art in New York City, the Museum of Contemporary Art in Chicago, and the National Museum of American Art in Washington, DC.

Curbside Splendor is an independent press located in the Humboldt Park neighborhood of Chicago.  They publish fiction, creative non-fiction, and poetry that celebrates extraordinary voices and work that is deeply rooted in the Midwest.

The event starts at 7pm and is FREE! These are stellar authors and the reading is sure to be a great time!

Two members of DePaul’s illustrious English faculty will be reading their work at an event later this month, so everyone mark your calendars!

Miles Harvey, a creative writing professor here at DePaul, is also the distinguished writer of How Will I Cry?: Voices of Youth Violence, which made its debut at the Steppenwolf Theatre in 2013. He is the editor of a collection of oral histories, also called How Long Will I Cry?, which will be released this fall. Harvey’s previous work includesThe Island of Lost Maps: A True Story of Cartographic Crime (Random House), a national and international bestseller that USA Today named one of the ten best books of 2000, and Painter in a Savage Land: The Strange Saga of the First European Artist in North America (Random House, 2007). His fiction has appeared in publications such as Ploughshares, AGNI, The Michigan Quarterly Review, Fiction Magazine and The Sun, and has received a Distinguished Story citation in Best American Short Stories, 2005, and a Special Mention in Pushcart Prize XXXVII: Best of the Small Presses, 2013.

In addition to being one of your fine professors, Kathleen Rooney is a founding editor of Rose Metal Press, a nonprofit publisher of literary work in hybrid genres, and a founding member of Poems While You Wait, a team of poets and their typewriters who compose commissioned poetry on demand. Her most recent book is the novel in poems Robinson Alone, winner of the Eric Hoffer Award for Poetry. Her collaborative chapbook, The Kind of Beauty That Has Nowhere to Go, co-written with Elisa Gabbert, has just been released by the feminist publisher Hyacinth Girl Press, and her debut novel O, Democracy!  is forthcoming in 2014.

Valerie Laken’s first novel, Dream House, received the Anne Powers Award and was one of Kirkus Reviews’ Best Books of 2009. Her story collection, Separate Kingdoms, was long-listed for the Story Prize and the Frank O’Connor Award in 2011. Her work has appeared in numerous journals and has received a Pushcart Prize and an honorable mention in the Best American Short Stories. She holds an MA in Slavic Literatures and an MFA in Creative Writing from the University of Michigan, and is currently an associate professor and coordinator of the graduate program in creative writing at the University of Wisconsin – Milwaukee. She is at work on a graphic novel.

And finally Samantha Irby is a writer and performer who mostly makes jokes about hot dudes, diarrhea, kittens, and magical tacos on the Internet at the highly visited site bitchesgottaeat.com. Seriously. Go read it. In addition to co-hosting Guts & Glory, a reading series featuring essayists, she has performed at Essay Fiesta, Write Club, This Much is True, Grown Folks Stories, The Paper Machete, and Story Club, among others. She opened for Baratunde Thurston during his “How to Be Black” tour. Her work has appeared on The Rumpus and Jezebel. Samantha and partner Ian Belknap write a comedy advice blog at irbyandian.com.  Chicago’s Curbside Splendor is publishing her debut essay collection MEATY this September.

While there’s nothing better than getting to see your English professors in their element, reading their work aloud for all to hear, this certainly comes close: admission to the Sunday Salon Chicago event is absolutely free! So come out and support two of DePaul’s literary greats at Chicago’s Black Rock Pub & Kitchen, 3614 N. Damen Ave., September 29 at 7:00 p.m. Hope to see you there!