The leaves are falling, the air is crisp, and everywhere you go here on campus you hear the familiar sound of students flipping through syllabi and wondering just how they are going to finish all that work before finals roll around…. 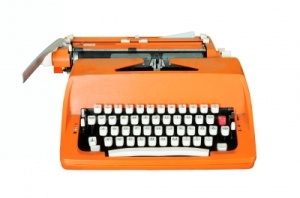 Ah, yes, the Autumn quarter is in full swing, and here at The Underground that can only mean one thing–it’s time to put together our undergraduate writing staff for the 2013-2014 academic year. If you are an undergraduate English major, minor, or are just interested in all things literary, then we want you on our team!

As a staff member for The Underground, you will get the chance to….

Interested students should contact editor Melissa Culbertson at Mculber1@depaul.edu by October 1. Please include a short application letter describing your qualifications, writing experience, interests, an idea of what kind of time commitment you will be willing to put in as a part of our staff, and, very importantly, your vision for The Underground.

New staff members will be notified via email by Friday, October 4. We look forward to an exciting year!

A monthly column that reviews the classics, the novels we scholars love to reference and quote, but never bother to read. Yes, those novels like Moby Dick, Les Miserables, and anything by Tolstoy. Yet, this column is not just about reviewing the classics, but relating them to our modern, youth culture, and proving how an old favorite is just as influential and relevant as anything fresh from the New York Times Bestseller’s list. With a new review per month, be reintroduced to the old school side of the literary spectrum and discover why it truly was the “best of times and the worst of times.”

THE FIFTH CHILD by DORIS LESSING

Every day we search for aspects of our lives, of ourselves, that make us stand out. A difference that sets us just an inch above others— if only for a moment. That makes us extraordinary.

The main couple of Doris Lessing’s novel – David and Harriet – are not like everyone else in that. They both find a type of confidence in their normality, and do not care how other people look down on them for being outdated, or obscure. When they find each other, they think that have found that dream situation that we all – whether consciously or subconsciously – look for. Two people alike in manner and mind who are given the chance to have an absolutely ideal life together. Yet, one thing that David and Harriet come to realize – even in their fog of perfection – is that ideal is just that…an idea.

Lessing’s set for this social tragedy is an almost obscenely large, old house that Harriet and David immediately set their hearts for, even though it is more like a four story Holiday Inn than a starter home for newlyweds. Yet, to them it is just another necessary piece to their puzzle that forms the picture of family. In their eyes, it is a house built for having children – and an uncompromisingly large amount of them.

The one thing their families can truly agree on is the sheer unreasonableness of their plan to produce more children than they can care for, in a house they can’t afford, and still maintain a sense of happiness and fulfillment through it all.

They call them selfish, brazen, and irresponsible. However, no one stops them, and why would they? They manage to bring together two conflicting social backgrounds: David, born into a divorced home with an upper-class father and an academic mother, and Harriet, one of three daughters of a solemn widow and a middle-class worker. These two warring sides are so awed by Harriet and David’s immovable will to be happy that they can’t help but be drawn to it—out of curiosity if nothing else. As Lessing herself writes, this house and the family that grew in it was “what they could not achieve themselves.”  And, they were just waiting for it to either succeed or fail.

Within six years, following their code of confidence in self and unwavering will, Harriet and David turned this ridiculous house into a home; a home which is filled with four perfect, blue-eyed children, the ever constant presence of family, and happiness.

Then, Harriet finds herself once again pregnant with a fifth child.

Even Harriet and David – the optimists of the family unit – are thrown by the sudden development. Even they are in need of some sort of a break. The family is concerned, of course, but once again, there is that curiosity. Would there be a new addition every Christmas, or every Easter? Would Harriet and David’s dream grow until even Casa Famiglia could not contain it? It was a long running joke. People placed bets. In truth, their fifth child would prove to be the conclusion of their comedy, and the start of their tragedy.

His name is Ben and he was a phenomenon from his very conception. After six years of uneventful pregnancies, Harriet is suddenly in constant pain, harboring a fetus that seems to be physically fighting to be born. It even moves her to induce labor, something she abhors. Harriet is desperate for some sort of help, but no one – especially the medical professionals – is willing to see Ben as anything more than a difficult pregnancy. It was her decision to have more children, right? Any card could be drawn. Even David was hesitant to raise concern.

This is the beginning of Harriet’s personal nightmare that often afflicts mothers—a  loneliness that cannot be lifted no matter how many loving family members gather around the worn kitchen table. From that moment on, Ben became her child—her problem.

Ben’s birth is much like his life: “he came out fighting the world.” With the visage of a troll and the body of a small wrestler, no person defines him as normal, but they won’t dare verbalize anything else.

He is utterly aware, yet he will not cry, he rather roar. His skin is more yellow than pale. He looks Harriet directly in the eye without any sign of adoration or love, more like malice. He diverts around crawling and goes straight to walking. He has an unexpected strength. He ignores his siblings and parents alike. He is “extraordinary… [as in] absolutely not ordinary.” People are bewildered.

It is not until Ben’s deliberate actions lead to his older brother’s sprained arm, and two small animals dead that the family’s bewilderment turns to fear. Even when Ben attempts to assimilate himself into “the norm,” he inspires discomfort. The family gatherings that had once filled the monumental home begin to drift further and further away. People cancel visits deciding to stay home for Christmas. The perfect children build a society amongst themselves, growing more and more distant from their parents, particularly their mother.

For the first time, the house not only looks, but feels empty. Harriet and David can only watch as one boy manages to disperse six years of work in mere months by doing nothing more than being himself…whatever that is.

The horror of Doris Lessing’s The Fifth Child is not in Ben himself, but what he represents. That constant unknown factor that lingers beg the questions: What is truly normal? Is it something that can last only in happiness? Is it fragile enough to be shattered and never brought back together? Does it exist at all?

Ben is not the manifestation of evil, or is possessed by a demon, or any of the normal ideas of horror. He is simply different. He is “normal for what he is…but…not normal for what they are.” He is the realization of a truth that Harriet and David did not understand until they stood amongst a crowd and felt utterly isolated. More often than not, it is what makes us normal that makes us extraordinary and what makes us different that makes us outcasts.

About the Writer:
Avery Cunningham is from Jackson, Tennessee, and a sophomore at DePaul majoring in English with a Literary Concentration.

Call for Papers:
“The novel” in English Studies
New or novel ideas have influenced all facets of English Studies. Over time, these ideas have sparked movements, changed the direction of research in the field, and—sometimes—simply been forgotten. From the genre of the novel and its developments in literary studies to the process movement in composition and from the development of cultural studies to the coining of new words, the areas of English Studies—literature and culture, rhetoric and composition, and language and linguistics—have all been influenced by novel ideas over time.

The third annual English Studies at Large (ESAL) Conference invites undergraduate students to submit proposals for 15-minute presentations in individual or panel form. Individual proposals should include a first page with your name, school affiliation, title of your presentation, technology needs, a brief (100 word) biography, and a contact e-mail address and a second page with a 250-word abstract of your proposed presentation with no identifying information. Panel proposals should include a title for the panel and presenter information for three presenters on the first page and abstracts for each presenter without identifying information on successive pages.

Proposals should be electronically submitted via e-mail to EnglishStudiesAtLarge@gmail.com. The deadline for proposal submission is December 17, 2012.

The 2013 ESAL Conference will be held on Saturday, February 9, 2013 in Stevenson Hall at Illinois State University in Normal, IL.

If you have questions or would like further information, please contact Megan Gregory at magrego@ilstu.edu or Gretchen Frank at gmfrank@ilstu.edu or visit the conference website at http://englishstudiesatlarge.wordpress.com/.