Mark your calendars and register for this conversation between authors Jaquira Díaz and DePaul professor Erika Sánchez as they discuss Díaz’s debut memoir, Ordinary Girls.

-Excerpt from The House on Mango Street

Cisneros was born in Chicago, and grew up as the only daughter in a family of six brothers. With the constant migration of her family between Mexico and the U.S., Cisneros’ early prose dealt strongly with her juggling of both cultures. She attended an all-girl catholic high school, Josephinum Academy and received her bachelor’s in English from Loyola University in 1976; later, she received her master’s in creative writing from the University of Iowa. As a young woman, she dealt with isolation, but focused on her cultural environment for inspiration in writing.

Cisneros’ most popular novel, The House on Mango Street (1984), is a coming-of-age story about life in Chicago, told from the point-of-view of a twelve year old child named Esperanza. She got her inspiration from her Chicago neighborhood, Humboldt Park. The book has been taught in many American schools and received the American Book Award in 1985 and the McDaniel Fellowship Award.

Cisneros went on to publish a short story collection Woman Hollering Creek and Other Stories (1991), My Wicked Ways (1987), and Loose Woman (1994). She is also the president and founder of the Macondo Foundation, for socially engaged writers working to advance creativity and is also Writer-in-Residence at Our Lady of the Lake University in San Antonio.

Mary is a sophomore majoring in English with a concentration in creative writing.

Hispanic Heritage Month (Sept 15-Oct 15) is the anniversary of independence for five Latin American countries: Costa Rica, El Salvador, Guatemala, Honduras, and Nicaragua. The nationwide celebration has been going on since 1974 when Gerald Ford issued a Presidential Proclamation extending the week-long observance into a month-long celebration.  Thank you, Ford!

So, in honor of Hispanic Heritage Month, here are some little (and well) known authors for your enjoyment. First up, Richard Rodriguez. 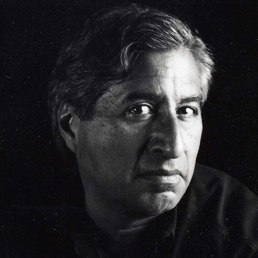 Famous for his autobiographical essay, Hunger of Memory: The Education of Richard Rodriguez (1981),  Rodriguez (1944) was born in San Francisco and raised in Sacramento by Mexican immigrant parents.

Rodriguez earned his B.A. from Stanford, his M.A. from Columbia, and spent time as a Fulbright Scholar/UC Berkeley student studying Renaissance literature.

Since Hunger of Memory, Rodriguez has gone on to write Mexico’s Children (1990); Days of Obligation: An Argument with My Mexican Father (1992), which was nominated for a Pulitzer Prize; and Brown: The Last Discovery of America (2002)