Caitlyn Ward is a DePaul English major, currently studying abroad. Here, she shares her experiences as an intern at Simon & Schuster in London. 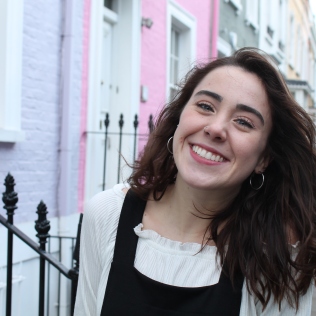 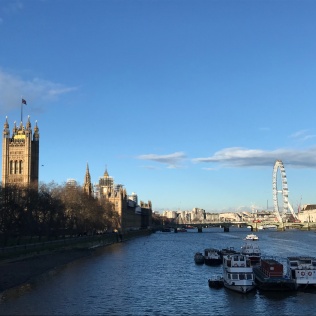 Stepping into a brand-new country and culture wasn’t easy. Nor was thinking about the fact that I had gotten an internship at one of the “Big Five” publishing companies, my first internship ever, in the United Kingdom. I was terrified.

The transition, however, was easy. Going through DePaul into this program surrounded me with DePaul students, along with a support system through the company that operates this program, CEA. My first week in London was nothing but orientations, explorations, and most importantly, sleep – giving me enough time to get comfortable with my surroundings before throwing me into classes at London South Bank University and the responsibilities of my internship. Mostly, I had to adjust to the feeling of actually being in London. I always had wanted to study abroad, but now it was really happening. I couldn’t believe it.

Flashback to October, when I decided that I wanted to be a part of this study abroad program as not only a student, but an intern. When I was being placed for an internship, I was told it was a long shot to get into a publishing company in the UK. It was competitive, cut-throat, and I should have a backup. So, let’s just say that I wasn’t expecting some flashy internship—more like a mom-and-pop publisher that would take me under their wing so I could gain some much-needed experience. I was floored when I heard that I would be interviewing with Simon & Schuster and I was even more in shock when I got the position. My biggest dream was coming true within a few short months.

This being my first internship, I was a wreck. I wanted to live up to their expectations and perform at the level that they needed me to and beyond. This was my dream job, heck, this was more than my dream job, this was Simon & Schuster, the publishing company that most everyone has heard of. I was excited, but also scared – what would I do if I didn’t like it? Would I have to go back to square one? Those thoughts were in the back of my mind as I walked through the door on my first day, palms sweaty with anticipation.

Now I’m two months into my four-month internship. The first day was overwhelming and scary, but everyone proved to be welcoming and understanding that I’m the American among a sea of Brits. I read manuscripts, fan mail, search for the rights to photos, and find quotes for the reprinted paperback copies. Every day something new comes my way. I get to walk around the office and see the art for book sleeves, the new children’s book illustrations, and the bound proofs that aren’t even edited yet. The life of the book unfolds before my eyes and I get to be a part of the process.

The best part about this internship so far is that every single person in that office is excited when a novel comes to life. As my supervisor said: the feeling never goes away—you could work on one page of a story and when you see the book, bound with a shiny cover sleeve on it, you feel the same excitement as when you held your first published project in hand. I walked into this program and into this internship worried that I wouldn’t be able to make it or that I wouldn’t enjoy it enough to make it a career. But when I feel that heartwarming, adrenaline-filled rush that comes with adding to this world’s culture, I know I want to pursue a career in the book-publishing industry.

One thought on “Reporting from London: Student Column”