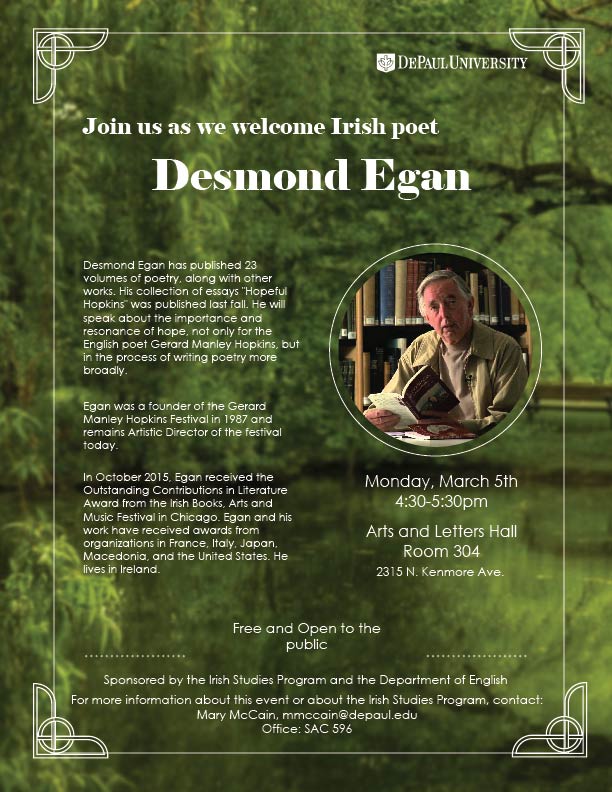 Desmond Egan has published 23 volumes of poetry, along with other works. His collection of essays “Hopeful Hopkins” was published last fall. He will speak about the importance and resonance of hope, not only for the English poet Gerard Manley Hopkins, but in the process of writing poetry more broadly.

Egan was a founder of the Gerard Manley Hopkins Festival in 1987 and remains Artistic Director of the festival today.

In October 2015, Egan received the Outstanding Contributions in Literature Award from the Irish Books, Arts and Music Festival in Chicago. Egan and his work have received awards from organizations in France, Italy, Japan, Macedonia, and the United States.