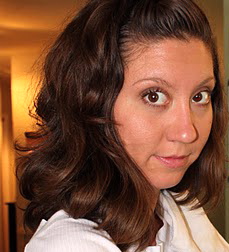 I am very excited to introduce you to a successful and fascinating alum, Julianne VanWagenen. Julianne graduated from DePaul in 2006 and double majored in Italian and English. Since then, she has worked in Italy as an au pair and English language teacher, worked as a research assistant in the Physical Chemistry department at Michigan State University, was accepted into a PhD program in Italian Studies at Harvard University, and is working as a librarian at Harvard while she completes her degree.

Read her interview below to hear about the wide range of possibilities open to English majors after college, including taking time off after graduating as well as studying and working in other countries.

Underground: What year did you complete your English major at DePaul? Did you have a concentration, or did you double major or minor in another area?

I completed a double major in English and Italian after Winter Session in 2006 after spending 3.5 years at DePaul.

U-2: Did you pursue any graduate or professional studies after you graduated?

I graduated in March and moved to Rome, Italy in April as an au pair. It was an opportunity that became available to me through the Italian Department at DePaul. I lived there for over 4 years and used my English degree to teach English. I eventually became the head of the English department at a small cultural association. I was in charge of developing the curriculum for all class levels as well as planning language workshops, cultural evenings, and year-end productions. It was very cool.

U-3: What’s your current position? Describe a typical day at work.

Eventually I came back to the States and I’m now completing a PhD in Italian studies at Harvard. The first two years of the degree program were tough. A typical day involved waking up at 7 and being on campus until 10 or 11 at night. Now that I’m done with the course work, however, the workload has lessened. I am the head of a campus library and member of a Digital Humanities research lab called metaLAB. A typical day for me generally involves checking in at the library and the lab, studying for my General Exam, and–beyond that–working on getting some papers ready for publications, working on projects for the research lab, and attending meetings. My days are pretty diverse actually.

U-4: How did you find your first job after graduation and/or your current position? Be specific about the steps you took to explore possibilities and to secure a position. (Inquiring minds want to know!)

I feel great. I wasn’t ready to enter ‘the work force,’ so going to Italy and making my way there was the perfect solution. I didn’t have money from my parents. I just took a job waitressing while I was an au pair, saved money, networked, and finally–about a year later–was able to move into my own apartment and work at a job in my field. The key to moving to Italy legally and being able to work legally, however, was that I was enrolled at the university there and so had a student visa that allowed me to work as well. Getting the visa was bureaucratically exhausting, I must admit.

U-5: How important has networking been in your employment searches? How did you find or build contacts in your desired field?

Networking is the most important thing you can do for your career. When you apply for a job via CV, you are one piece of paper amongst many. It truly helps to have met the person, or a person connected with the person who’s hiring.

U-6: How does your English major help you in your current position?

English has helped me immensely in my current position as my major in Italian was a language major, not a literature major. I did not learn to write papers, read critically, write critically, or research deeply on the course to attaining my Italian major, but I did in my English classes. Now that is all I do, and I would be drowning without the knowledge I gained in my undergraduate English courses.

U-7:     What advice would you give current English majors about their studies or extracurricular activities while they are still at DePaul?

I would advise them to read critically, research deeply, and write imaginatively. I would also advise them to take a position as a tutor or volunteer teacher somehow. Most English majors will end up teaching if they use their degrees. Students would be smart to have some experience (a) to be sure they like teaching and (b) to have it on their CV when they graduate.

U-8:     What advice would you give to graduating students as they move into the job market or as they apply to Masters or PhD programs?

Take a year or more to consider your future, to envision a life that makes you happy, to live outside of the box that’s been drawn for you since your birth so that when you do dive into a career you aren’t haunted by doubt and uncertainty.

U-9: Is there any additional advice or information you would like to pass on to our majors?

Take advantage of your time at DePaul. Education doesn’t get better than what you find there. If Ingrasci is still teaching, take advantage of the live advice that he extracts from literature. If you do become a teacher, make it a goal of yours to do the same.